There’s no name more synonymous with god-like guitar playing than that of Jimmy Page. Along with his band Led Zeppelin, Page ascended to the pantheon of rock music in the 1960s with the release of what some consider to be the greatest rock album of all time — Led Zeppelin II. Aside from earning a well-deserved place in one of our Triple Vinyl Tuesday lists a few years back, Led Zeppelin is what has come to be known as the embodiment of vintage rock, of a time that has come and gone. However, by no means does this status translate to being forgotten.

Enter: the Danelectro Breakdown and Eisenhower Fuzz pedals. Danelectro, a legacy brand founded by Nathan “Nat” Daniel in 1947, has recently released a vintage line that harkens back to the good old days of face-melting guitar riffs that we really don’t see enough of these days. The line will mix the best of both worlds by combining the unique vintage sounds we all love with the technology of the modern world. This will serve to rein in and fine-tune the sound to better suit more contemporary musicians as well. 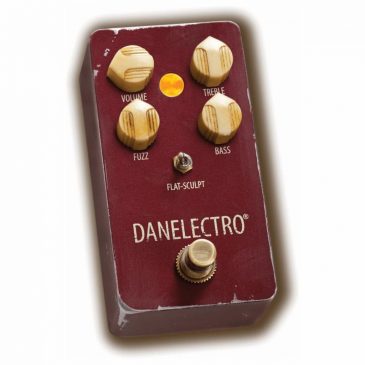 In an article on the two pedals, GuitarWorld shares that the Eisenhower Fuzz is a riff off of one of the greatest octave fuzz pedals ever. With a little digging, we’ve come to the conclusion that it’s based on the Roger Mayer Octavia Fuzz from 1967, which was made iconic by Jimi Hendrix in classic songs like Purple Rain and Fire. The Eisenhower Fuzz gives you the same vintage sound as the Roger Mayer, but the Danelectro model comes with added gain and EQ controls that make it a little more flexible and therefore a welcome addition to any rig. To cap it all off, the Eisenhower Fuzz also comes with a flat-sculpt function toggle switch that gives you the option of adding more bass and scooping the mids. 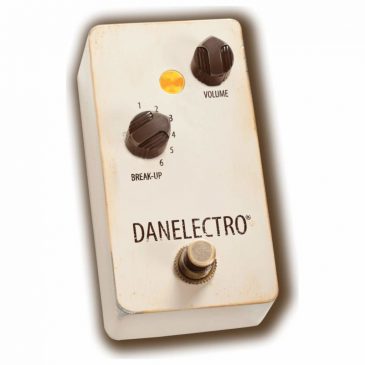 The Breakdown, on the other hand, is your classic overdrive pedal. Some point out that a similar pedal was used to record a famous guitar god’s first album — a claim we’ve found to be absolutely true. The Danelectro Breakdown pedal is a homage to the Univox UD-50 Unidrive, a model that Jimmy Page himself was known to use with dexterity in the 1960s. The Breakdown consists of a volume knob and a six-position selector switch. Setting 3 is what seems to be the pedal’s sweet spot, while 4-6 will give you wilder and harder-hitting sounds. All in all, Gear News sums this pedal up as a simple pedal that’ll get the job done. The Breakdown is a no-nonsense pedal that is as reliable as it can get, with a remarkable heritage to boot.

So there you have it: The two vintage pedals that kick off Danelectro’s newest collection. Judging by these two pedals alone, we’re excited to see what other models will be released down the line.