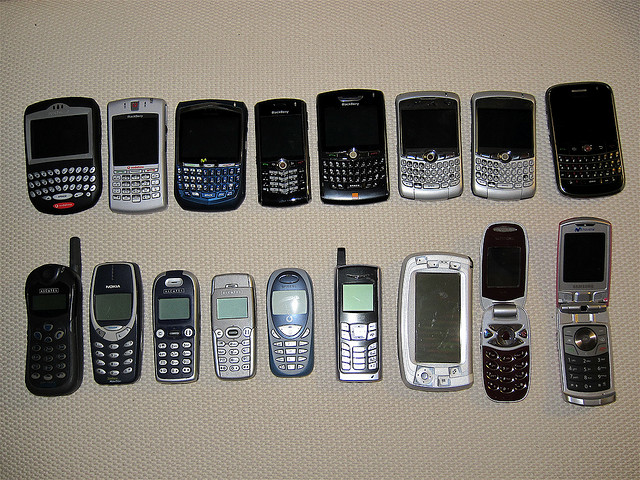 For the past three decades, we’ve seen how mobile technology developed from being wired to wireless. It changed our generation, and it will continue to do so for the next one. To better understand how it affected our lives, let’s go back in time and trace its evolution.

1G: The Age of Analog Network
In 1979, NTT or the Nippon Telegraph and Telephone Company launched the first commercially-automated cellular network in Tokyo, Japan. In just a span of five years, they were able to expand their network all over Japan and became the first nationwide network in the world. On the other hand, it was the NMT or the Nordic Mobile Telephone system in Denmark that first offered international roaming. However, a better communications system was developed in the United States called the AMPS or the Advanced Mobile Phone Service. Built using a 30 kHz channel size, it can accommodate more than 2,000 mobile customers with greater efficiency. It was first launched in the Chicago area and its surrounding suburbs in 1983.

Since this new type of cellular technology promises superb voice quality, Motorola decided to unveil the first commercially-available mobile phone: the DynaTAC 8000x. Weighing at 790 grams and measuring up to 10 inches (without its rubber antenna), it was considered as futuristic during that time. Mobile phones were mostly confined to cars during that time, and it showed the world that communication can be portable. But with a price tag of $3,995, it was reserved for the men and women wearing business suits, and not for the ordinary man.

2G: The Age of Digital Encryption
As more people began to realize the benefits of mobile technology, the demand for better cellular services was on the rise. Hence, Radiolinja, a Finnish communications provider commercially launched the first GSM (Global System for Mobile Communication) during the early 1990’s. This new type of cellular system used digital signals instead of analog ones, and conversations over the phone were now digitally encrypted. Also, this type of technology allowed for mobile networks to offer services like MMS (Multi Media Messaging), SMS (Short Messaging Service), and advanced international roaming services.

With these new advancements in cellular technology, GPRS or General Packet Radio Service was adopted and it paved the way for WAP (Wireless Application Protocol) and P2P (Point-to Point) services. These protocols and services made it possible for mobile applications to be developed and inter-networking with the Internet. Released in 2001, the Ericsson T39 was ahead of its time: it featured Bluetooth 1.0b connectivity, support for GSM Tri-band (900/1800/1900), and it was WAP 1.2.1, GPRS, and HSCD or High-Speed Circuit-Switched Data ready. Also, this phone has a hidden Easter egg—a classic Snake Game.

Recent reports revealed that the 2G connection will be gone by April 2017. According to Stuff TV, “Think of it as closing an old road and expanding it to allow faster and more cars to move through it.”

3G: The Age of High-Speed Connectivity
Thanks to the 2G cellular system, mobile users enjoyed better voice quality, an increase in user capacity, and support for Internet-based applications. However, since people were moving towards the Information Age, its old circuit switch-based design can only supply low data rates, and support for higher data rates were needed. In 2001, NTT DoCoMo launched the first commercial 3G network in Japan, while Verizon Wireless launched its 3G network in the United States in 2002. Globally, the adoption of this new type of communication system was rather slow. Most operators complained that they had to build new facilities, networks, and license new frequencies. The expenses for upgrading transmission equipment and replacing broadcasting towers, further delayed the deployment of 3G in other countries.

The iPhone’s launch in 2007 changed how devices and the Internet behaved. It helped change the industry and the mobile broadband was born. Manufacturers developed smarter devices, and the demand for mobile applications were on the rise. Aside from tablets and smartphones, USB modems or broadband sticks became widely available. Now, people can watch television on their mobile devices, make video-conferencing calls, enable location-based services, and use GPS or Global Positioning System.

4G: The Age of Long Term Evolution or LTE
Since we’re now living in a wired, wired world, most of us couldn’t get through the day without checking the Internet. With the increasing demand for faster mobile connectivity, a new type of wireless data communication had to be developed, thus, giving birth to 4G LTE. This service was first made available in Oslo, Norway and Stockholm, Sweden in 2009. Companies all over the world are now adopting 4G technology to meet the demands of our Digital World. Now, users can enjoy multiplayer gaming on their mobile phones, have seamless video chats, and experience faster download times on their devices. Now, information is readily available at any given time, thanks to this technology.

5G: The Power Needed by the Internet of Things
Not yet available but already making a buzz, the 5th generation of mobile wireless network is said to be twice or thrice the speed offered by the current 4G on the market. It is the “next major phase of mobile telecommunications standards.” What are the features of the 5G connection?
• 1 GB per second speed and up to 10 GB
• Allows more than 10 people on the same floor to use it simultaneously
• Latency reduced significantly from the 4G
• Fiber-wireless network (20-60 GHz wave bands)

The 5G should be rolled out by 2020. In early September, Verizon Wireless in the United States was amongst the first to announce their roundmap to testing 5G in selected areas in America by 2016.

So, what will the future bring? Some experts believe that wearable devices with AI (artificial intelligence), cognitive radio, and pervasive networks will be the next step in the evolution process. Dr. Mike Short, an expert from the Institute of Engineering and Technology said that “It’s very difficult to predict 40 years time because the pace of innovation is speeding up. I would say that we’ll all be mobile, globally, everyone will be mobile.” At this point, let’s just be ready for the next phase of our digital adventure.