This is a guest post by Daris of Triple Tremelo.

In recent times we have seen a number of objects entering the real world from the pages of science fiction. This is happening particularly due to crowdfunding websites that are helping developers to turn these imaginary devices into real gadgets. 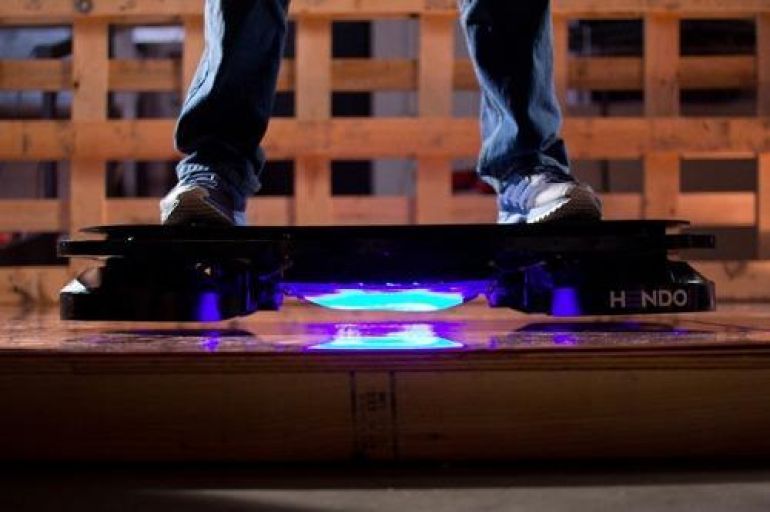 One project that involves incorporation of fictional technology into real devices is the Oculus Rift project. It was originally crowd funded by Kickstarter, the world’s biggest funding platform. After being funded by Kickstarter for one and half years, the project was scooped up by Facebook.

Kickstarter has now started working on another tech project; this time it is looking to come up with a futuristic device that resembles the fictional ‘Hoverboard’.

The Hoverboard is a gravity-defying device that Marty McFly used in the 1989 Hollywood blockbuster ‘Back to the Future Part II’ (and its sequel ‘Back to the Future Part II’). The device, due to its unique features, caught the imagination of people of all age groups and is still continuing to do so. The only problem fans of hoverboard had is that like the film it featured in, this unique toy is also pure fiction.

Hendo Hoverboard, which is the name of.this new Kickstarter project, has been started to provide those fans with real Hoverboards. The gadget will have four disc-like “hover engines”. These engines work by creating a magnetic field, which eventually generates lift and thereby levitates the board.

In its current state, the device works only on surfaces coated with non-ferromagnetic conductor. The team working on it, however, is hoping to overcome this limitation soon.

Here, it must be noted that by developing the Hendo Hoverboard, tech guys are only looking to showcase the technology hover engines are equipped with.

The design of the device was reportedly inspired by an architecture that would allow levitating an entire building just by flipping a switch in order to protect it (the building) during calamities.

According to Jill and Greg Henderson, creators of the Hendo Hoverboard, this technology has clear similarities with that of maglev trains, but this one is more affordable and efficient.

The Hoverboard technology, however, will have to undergo plenty of modifications to attain perfection; for that, the team working on it will need some more time and capital. The Kickstarter campaign is providing the project with that capital.

People who are contributing are being greeted with some attractive rewards; for instance, people offering $100 are getting to experience a five-minute ride on the board. However, the most exciting reward is available for individuals offering a sum of $299; it’s a Whitebox Developer Kit. The kit has a hover engine set, which users can use for levitating objects designed by them.

Those who want to be proud owners of the actual Hendo Hoverboard, however, will have to spend $10,000.