Mobile phones have evolved from just being a device for calling to a gaming device. From Snakes to Call of Duty: Black Ops Zombies, gamers have spent countless hours taunting and crushing the souls of those who oppose them—sort of. Mobile games have also evolved from single player to multiplayer platforms. Why take away the fun of batting it out with a friend, right? In this article, we are featuring some of the best multiplayer games available for your smart devices:

Words with Friends (Zynga) – It’s actually a highly-addicting game, especially if you have the knack for Scrabble. Go head-to-head with friends or random players from anywhere in the world. Also, iOS and Android gamers can now play with each other, thanks to its cross-platform design.

Street Fighter Volt IV (Capcom Mobile) – Let’s admit it: we love to bash other character’s heads and be crowned king of the arena. In this new game, players can now play against anyone in the world, via the Wi-Fi feature on the VS mode. Balrog, Vega, and Cody are now playable characters on the iOS platform. Special avatar bonuses can also be unlocked when playing via wi-fi and Bluetooth. Are you ready to be crowned the next “World Warrior”?

Krazy Kart Racing (Konami) – At first, you may say that this game is a Mario Kart clone but it’s not. With 16 race tracks and 10 Konami 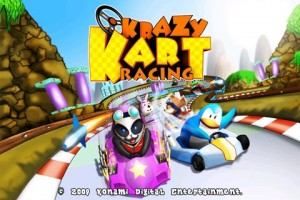 characters to choose from, players can challenge their friends online and have some fun. Also, there are special items that you can use to always stay ahead during the race. Rev up your karts and speed your way to the finish line.

Starfront Collision (Gameloft) – It’s one of the best RTS (real time strategy) games available for smart devices. Starcraft fans might cry foul after playing it but it’s still a really good game. Players can choose from the three different classes and build their armies to mine Xenodium Crystals. Build, defend, and attack your enemies—take advantage of the multiplayer mode and rule the RTS space.

With the number of apps and games growing on the App Store and Google Play, there are thousands of games to choose from. Just remember to play nice and always have fun.

What games are you playing right now? Share us your thoughts.