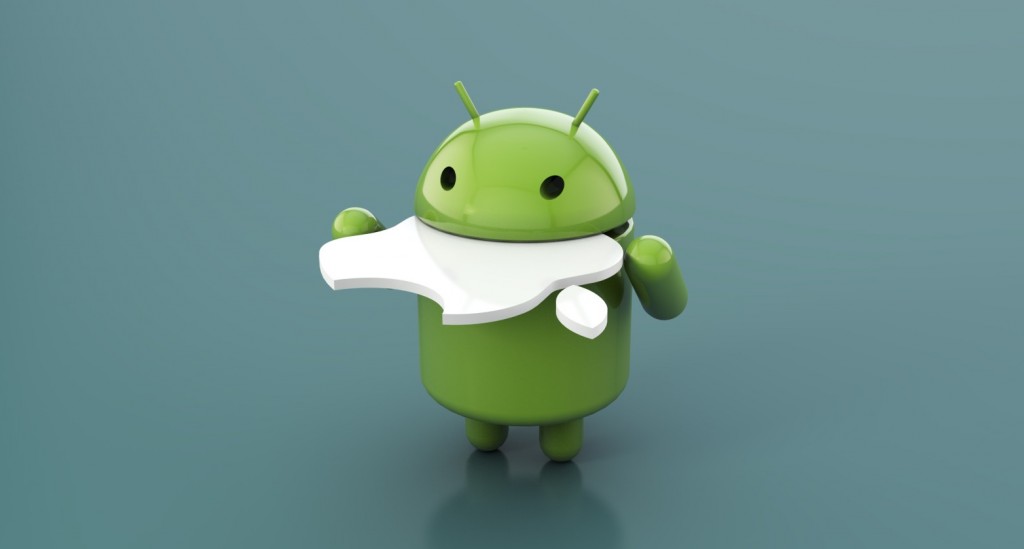 The Garden of Eden was never been so full of temptation as the mobile phone market. Do you take a bite of The Apple or opt to take your pick of all the other fruits on the tree? It is a tough choice and one which excites much feverish debate. This is because Apple inspires such fervent loyalty amongst its followers to the extent that according to Gene Munster at Piper Jaffray; 94% of current Apple iPhone users are so enamored with their current device that they plan to purchase another unit in the future. Apple has become more of a lifestyle choice rather than a necessity. This author attempts to navigate these bloody, choppy waters with serene neutrality and give you the real lowdown on whose side you should be on.

A Question of Application

Apps, apps, apps are everywhere. There are literally hundreds of thousands of the little critters. They do almost everything from sharing today’s news, providing weather updates to introducing digital wallet services. The battle these two platforms are no longer about quantity, since critical mass was reached a long time ago and most developers launch their apps on both platforms anyway.

When launching new apps, Apple maintains exclusivity so these apps are available solely on their website while there are many websites that offer downloadable Android apps. But oftentimes its accessibility comes with random viruses that might threaten your devices’ security but on the bright side there are also reliable and trusted app sites for you to choose from. It’s a tough call, but Apple’s longstanding expertise with seamlessly incorporating apps gives them the edge for some people.

There are only a handful of Apple phone models that work on an upgrade basis, so the latest edition is effectively the best. Most of the design elements are tweaked, the hardware itself is given a little boost and a few extra features are added to give the device a decent upgrade but necessarily genre-changing additions.

In contrast, the world of Android seems much, much bigger. There are numerous models produced by various manufacturers, all providing a variety of different features and specifications to suit your preferences, needs and budget. Variety is the spice of life. However, it is really hard to find what is going to float your boat unless you are really going to knuckle down and do some research.

Apple lovers never need to worry. There may be the odd quirk in the latest model, such as the infamous Apple Maps, but by and large their focus on simply improving rather than reinventing the Apple experience ensures users are never left feeling disenfranchised. For Apple patrons, there is safety and security in upgrading. They might not get the razzmatazz of an enormous screen, à la Samsung Note, but have the same sleek design and smoother operating system better than the one they had before.

It all boils down to personal preference, but the competition amongst Android phones is such that there are so many exciting and varied new features coming out across the whole range, which I believe Android phones win this argument.

The point about Apple is that you don’t just take one bite. For most people it’s the whole circus or nothing. That means iPhone, iPad, iPod, iMac and all the works. Your digital life is Apple down to the core. Then the whole orchard can blossom together beautifully providing you with an endless harvest of classily designed, seamlessly interfaced, digital experiences. The problem is your orchard quickly becomes expensive to run. Accessories, including cables and communicating Bluetooth devices can leave you ruing the day you joined the Apple brigade. While you can certainly use other software and even non-Apple devices in conjunction with your iPhone, there are limitations, and let’s face it, it can often be quite a bore.

The plethora of PC-based products, both hardware and software, ensures that you don’t need to be tied down to one manufacturer. Compatibility issues are smaller on the whole than between Apple and non-Apple products. However, there is never that feeling of homogeneity on a design and user interface level. Android products just do not give that Apple sense of wholeness, where all the products are designed with each other, and indeed with an overall experience in mind.

With Apple, the sum of the parts is part of a whole, even if the parts don’t quite match the compatibility of hardware that links to the PC network.

Being an individualist at heart, there is a sense of life being complicated. With an overwhelming number of different gadgets alongside its promising features and more new-fangled thingamajigs to justify sacrificing a certain amount of freedom and go for the big one, The Apple. Still the main issue remains, it’s quite expensive. So until I write my bestseller, I’d be fine sticking with Android. Peace and hugs Apple lovers.