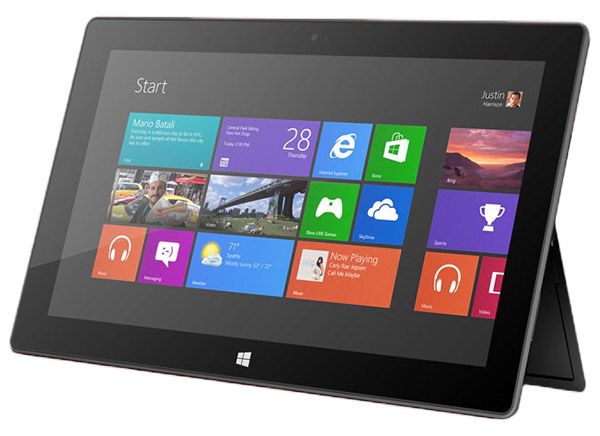 So the Microsoft Surface tablet is finally upon us. After months and years of waiting, a tangible rival to the Apple-flavoured hegemony has arrived. But what does this Windows RT flavoured fruit taste like?

Is it a genuine challenger to the ‘New iPad’ (aka iPad 4), and is it a step above the maligned efforts of the Android platform devices? Vital questions that only time (and sales figures) can tell. Let’s take a look at what Surface has to offer. 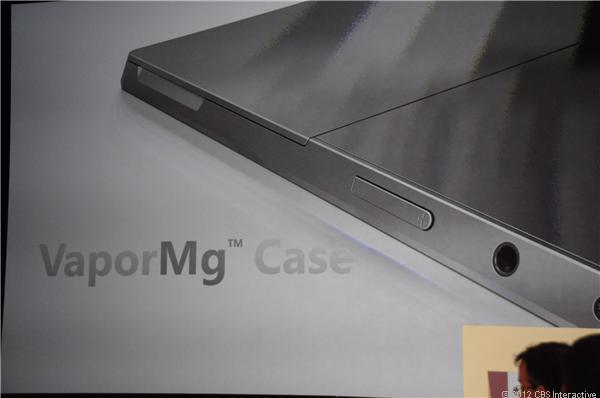 Starting from the outside, the chassis has a slate-coloured matte surface which has been honed to perfection. Dark, crisp and cool is the first impression; the Surface is beautifully designed and Microsoft wins points on the look and feel. The screen is slightly larger than rival devices, and this has been done so as to ally well with the new MS RX software experience inside. That said, the screen resolution of 1366 x 768 is somewhat lower than the iPad 3 and iPad 4′s hallowed Retina display of 2048 x 1536 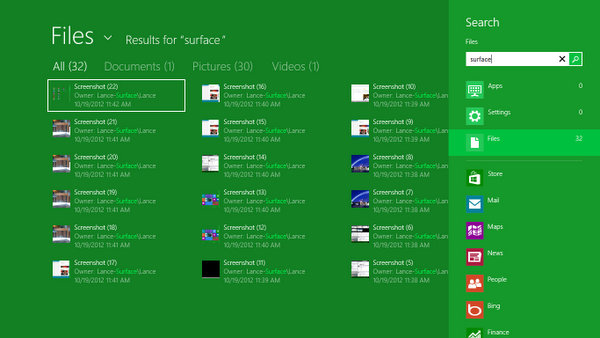 What has often perturbed many users is the lack of a desktop folder and file system on the iPad and its Android-powered rivals. If you download a document with an iPad, where on the almighty’s green earth does it go and how does one access it? Well, unless its a PDF file or an image/video file, you need to download additional app software to open, view and edit anything. This can be frustrating when you need to send someone a specific combination of documents, and for some users it may rarely be the case that they are looking to send just one document directly from an app or simply forward an entire email’s worth of information. The lack of flexibility when it comes to dealing with files within the iPad experience is a significant software vulnerability.

This failing is one which Microsoft seemingly attacks and addresses with gusto. Users can ‘Ping’ files and folders to the desktop, in a manner not too dissimilar to the Windows or iOS method. Microsoft users may find the RX system to be different to what they are used to with Windows, but ultimately familiar enough to pick it up quickly. 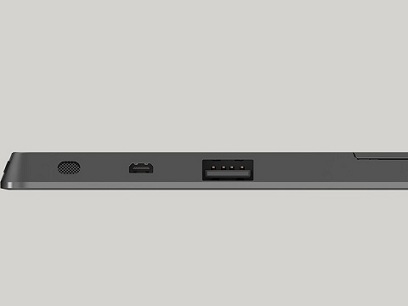 The second major advantage of the Surface over its Apple and Android rivals is a USB port. This was a big design complaint on the first iPad and indeed all successive waves of tablets until now. Apple argued that battery life would be compromised by added ports and that the iCloud online storage software would mean users could upload and download their files using the net, rather than through a USB stick. However this has meant users have also needed to search for a reliable data package for all that costly internet data supply.

Imagine being en route to a meeting and needing that 500MB video footage that you promised your boss prior to the presentation? Well you can forget that happening quickly or without vicious data plan charges. Hence the Surface’s USB port really resonates from a practical and cost perspective, and is something which could be set to become a must-have game changer for the future direction of tablets. Yet with the recent release of the iPad 4 coming a month after the Surface’s debut, Apple again opted not to go down the handy USB data storage route.

The keyboard to success

Another significant plus about the Surface is that, unlike its tablet rivals, it effectively doubles up as a PC. The tablet cover has a built in keyboard and a kickstand to adjust the typing angle according to requirements. Rather than merely offering a deluxe browser experience, as with other tablets, the Surface comes ready-made for productivity. This device also has an energy efficient version of Office bundled in – a major plus, as nothing needs to be downloaded before you can get cracking and dive into those beloved spreadsheets.

There is still a way to go for Microsoft before the surface can be anywhere near being called an “iPad killer”. Bizarrely, there is still a lack of key apps, such as Twitter, although there are simple solutions like Fliptoast, for example. Surface also lacks that simple, intuitive interface so beloved of Apple products. However, at the crux of it, this device does work as an office tool. The combination of a keyboard and USB ports is a clear winner in the business tablet stakes, although it may be some time before Microsoft can really challenge the iPad as a domestic lifestyle tool.